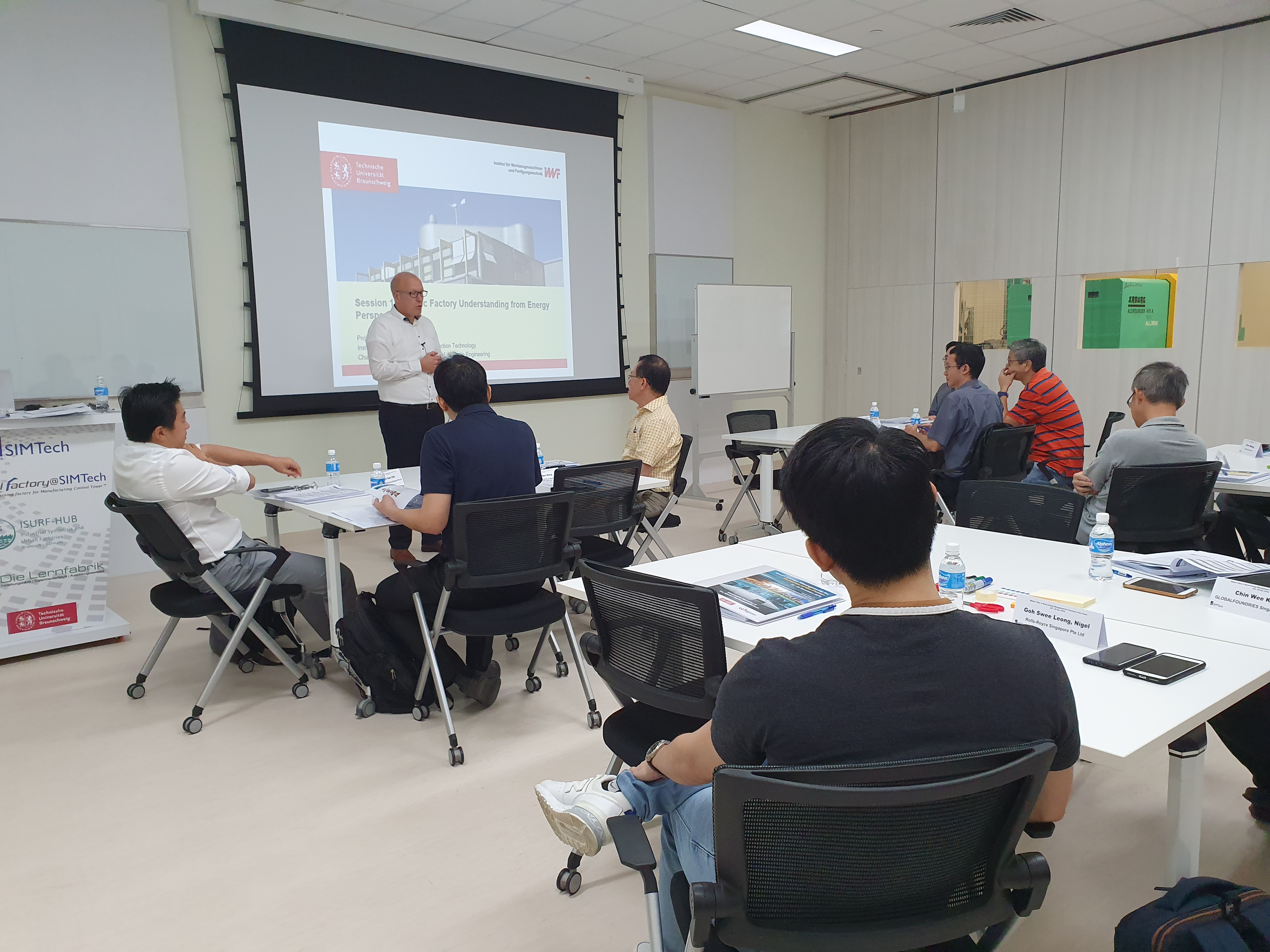 This year’s second master course of SIMTech and TU Braunschweig was successfully conducted on Smart Energy Management for Factories of the Future. During the two days the participants gained profound insights into current development in research and industrial applications.

With the support of a group of Research Engineers from SIMTech and TU Braunschweig, Professor Herrmann conducted the second master class this year on the 25th and 26th of November. In eight sessions, each consisting of a theory part as well as a practical hands-on activity, 14 participants learned about Smart Energy Management for Factories of the Future. The two-day class took place in SIMTech’s model factory, which as always proved to be a very suitable location, giving participants the opportunity to put theory into practice and learn digitalization technologies in an actual production environment.

After each lecture, a corresponding activity took place. In small groups the participants were able to apply what they had learned in practice, using the infrastructure of the model factory. Subsequently, the results were presented and discussed jointly. The whole group was very interdisciplinary since the participants came from various industry sectors which allowed interesting discussions throughout the class.

After two intense days, all participants had a variety of ideas on what to implement in their respective companies with regard to smart energy management and happily received their certificates of completion.

The potentials of digitalization for implementing circular economy – research lecture by Prof. Christoph Herrmann at SIMTech was followed by a fruitful discussion